The view of Aro Valley from Tanera Park

Recently, I was invited to a wraparound meeting for a young boy in the Wellington area. He is receiving services under the Intensive Wraparound Services program, which is defined as, “a program that supports tamariki who have behavior, social, and/ or learning needs with a plan to meet each child’s needs. Their needs are highly complex and challenging and they require support at school, at home, and in the community.”  IWS services the kids in New Zealand with the most extreme emotional and beahvioral needs.  The model is student and family centered, and is inherently individualized, team based, culturally competent, community based, and incorporates natural supports. To most educators or people involved in mental health in the United States, wraparound services are not new. The model in New Zealand uses the framework from the United States. I was drawn to the New Zealand model because of their small scale implementation, strong community involvement in the schools, and positive results.

When a child begins receiving wraparound services a team is assembled to support the child. Members of the team may include anyone who plays a significant role in the child’s life. Parents and guardians are encouraged to invite community members and extended family. Some wraparound teams have included a local sheep shearer (the child wanted to be a sheep shearer), local police officers, LGBTQ advocates, community liaisons, grandparents, community mental health workers, teachers from a school that the student will be attending, advocates, social workers, psychologists, etc. The meeting I attended included the child, myself, a social worker, a representative from Oranga Tamariki (the NZ foster care agency), an education psychologist, a wraparound facilitator, a youth worker, a director of the school, a member of Challenge 2000, a cultural advocate, and the uncle.

The purpose of the meeting I attended was to review the IWS plan and determine if any changes needed to be made. The meetings are run similar to IEP meetings, except these are monthly meetings. I was impressed at how involved the uncle was in the meeting, everyone in the meeting contributed and participated and all voices were heard. I have sat in or facilitated so many IEP meetings where the parents and family were minimally involved. I often wonder how I can ensure that parents are equal partners in the IEP development. I have always tried to be open with parents, empathetic, not use jargon, culturally aware and sensitive, but I have still had several families who were not involved. I have had wonderful relationships with parents, some of whom I still keep in contact with, but I have really struggled to engage with some.  Parental participation in the special education decision making process is extremely important. If parents are not involved and do not feel heard or valued, the work that is being done in school will exist in isolation. A true, meaningful partnership between school and home would ensure that the children are being fully supported. Numerous studies (Wagner, Dabkowski, and Spann are a few) have found that parents often feel left out of the special education process. Two of the biggest barriers to meaningful partnerships are lack of understanding about special education and cultural barriers. According to a study done by Lo (2009), 41% of students receiving special education services are culturally and linguistically diverse, yet only 14% of special education teachers are from diverse cultures. I have attended several meetings where the entire special education team were young, white, middle class women, and the family is from a culturally and/or linguistically diverse background. This imbalance often leads to a language and cultural barrier between families and schools. Salas (2004) interviewed Mexican-American women whose primary language was Spanish about their experiences during IEP meetings. All of these families reported feeling that they were not heard by school personnel and were marginalized and isolated during the IEP meeting. The Journal of Disability Policy Studies conducted an extensive study on parental participation in IEP meetings and concluded with, “these findings raise questions about whether schools are doing enough to engage the diversity of children and parents who are part of their communities.”

As educators, it is our job to ensure that parents are empowered to be a meaningful partner in the IEP process, which includes ensuring that diverse communities are engaged and represented. The IWS meeting I attended this week, was an excellent example of how that can be done. The child whose meeting I attended is Maori. His IWS team had a cultural liaison/ community representative, Arthur, included in the meeting. The meeting started with a karakia lead by Arthur, then went onto a discussion of the child’s strengths and current plan. With every discussion Arthur ensured that the uncle’s voice was heard, he understood what was being said/ proposed, and brought cultural perspectives and insights into the discussion. The student is really struggling living with his uncle and would like to be returned to his parents. Unfortunately, he is unable to do so because he has been removed from the home. This struggle is causing a lot of anger and frustration in the child’s life. The team has already tried talk therapy, and the child was very resistant and did not have the tools to cope with the feelings it brought up. Arthur suggested narrative therapy and viewing it from a cultural framework. In Maori culture, the whanau is an extension of the family, and by living with his uncle the child is living with his own whanau. Arthur suggested using the lens of whanau to normalize the living situation for the child, and allow him to rewrite his own script. The entire team agreed that narrative therapy would be a good option for the child. A person knowledgeable in the families culture and community is often pivotal for the success of a meaningful school and family partnership. Without Arthur at the meeting, this would have never been suggested or thought of. The therapy suggested may give this child a closer connection to his Maori culture and see his own situation through a new lens. I left the meeting feeling excited about new ways to ensure meaningful partnerships between schools and families. None of it was particularly ground breaking, but it was an example of how being intentional and inclusive can transform a meeting where the family is a by stander to an active leader in the process.

On a personal note, Dave has arrived. We spent a long weekend in the middle of the north island and visited Rotorua, Matamata, and Tauranga. While in Tauranga, we went to the disability sports festival and saw The Wheel Blacks (NZ’s most competitive wheelchair rugby team, check our the haka they do here). We often place a false construct of fragility on a person in a wheelchair (the term disability has so many connotations of weakness or less-able), and wheelchair rugby is the complete opposite of anything fragile. Its intense, fast-paced, and very full-on. It was exciting to see. We also went to Hobbiton, which was kind of a dream come true. We meandered around the hobbit holes, ate at The Green Dragon Inn, and walked through the shire by lantern light. Below are a few photos from Hobbiton.  He is here for another week, and I am looking forward to more adventures in New Zealand together. 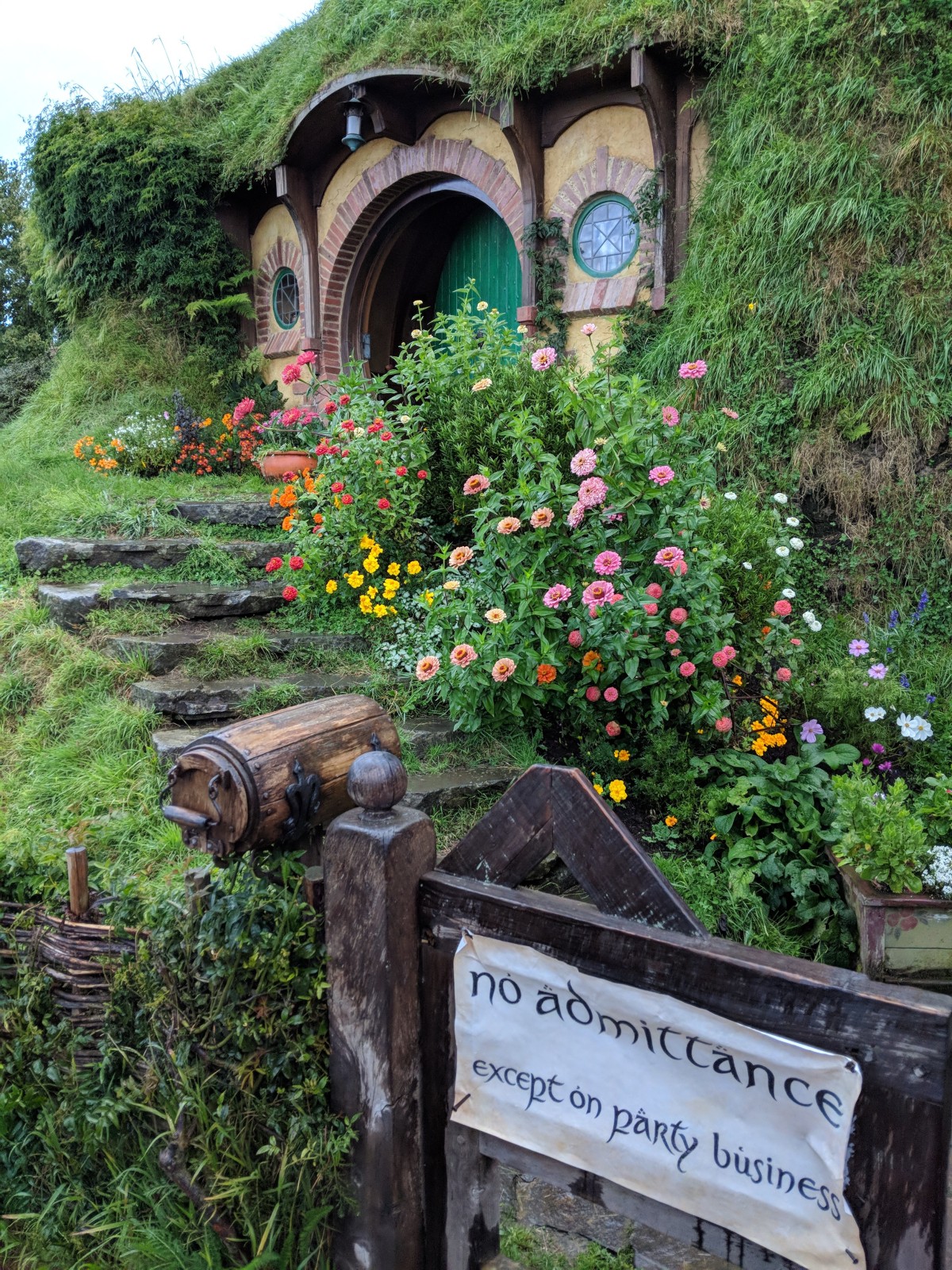